Fundamentally in an active database, users can create a rule which defines the conditions that need to be met and what action need to be taken by the database. When a DML statement is executed on data in the DBMS, it is checked to see whether the DML caused any of the conditions to be satisfied and if so the action is taken by the DBMS. Anyone who is familiar to triggers in DBMS which was just getting supported in commercial DBMS when these papers where published can relate to this ECA paradigm.

At a high level, the following functional components are required for an active DBMS in addition to code data management and transaction management functionality. 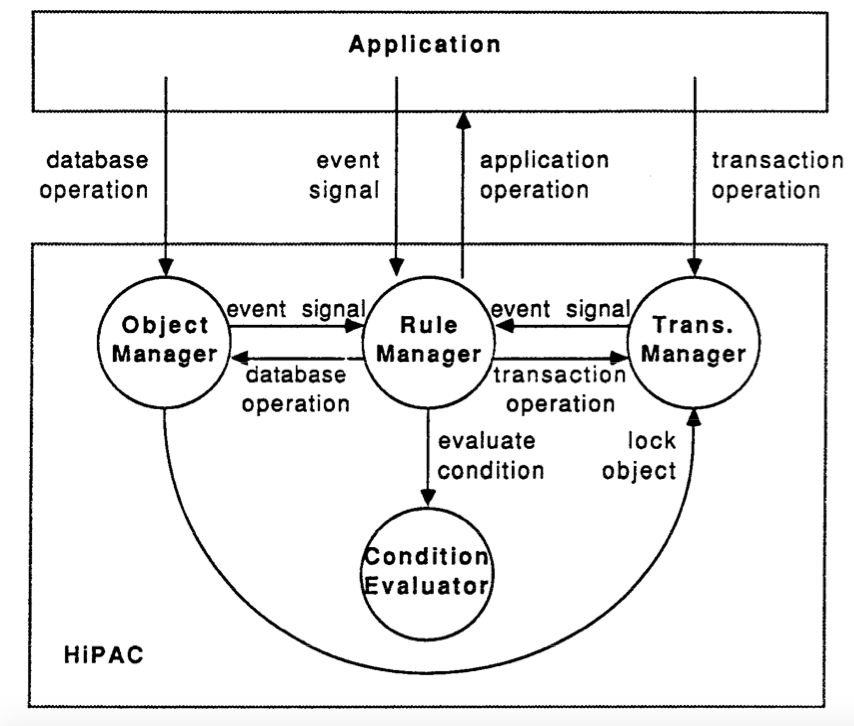 Alert follows evolutionary approach of extending a passive DBMS into an active DBMS and the components implemented for the extension provides insights into the basic components used in the current data data streaming and processing technologies like Apache Kafka. 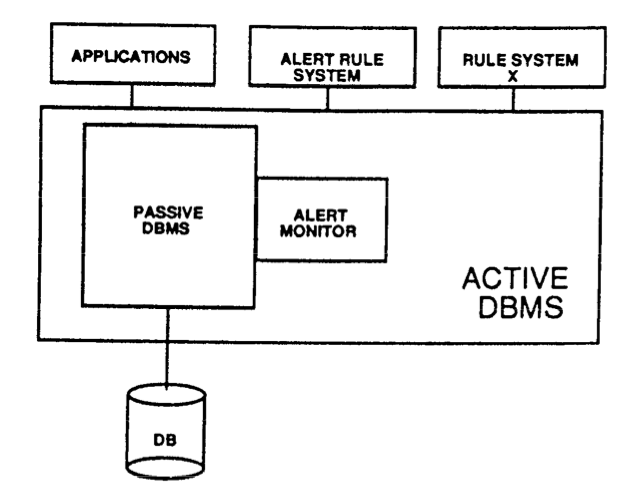 Creates a rule to send an email when the conditions are met. Like database views, rules can be referred in any other query. After creating the rules it can be activated and deactivated explicitly. When activating users can specify the transaction and time coupling along with the assertion mode of the rule. Transaction coupling specifies whether the triggered action from the rule need to be executed in the transaction which the triggered event is part of or seperately. Time coupling specifies whether the triggered action need to be executed synchronously with the triggering event or in parallel with the triggering event asynchrounously. The assertion mode provides the users the option to specify whether the rule is triggered as soon as the rule condition is satisfied or deferred till the end of the transaction. The following diagram shows the message flow when an event happens which affects an active table which in turn satisfies conditions in multiple rules. 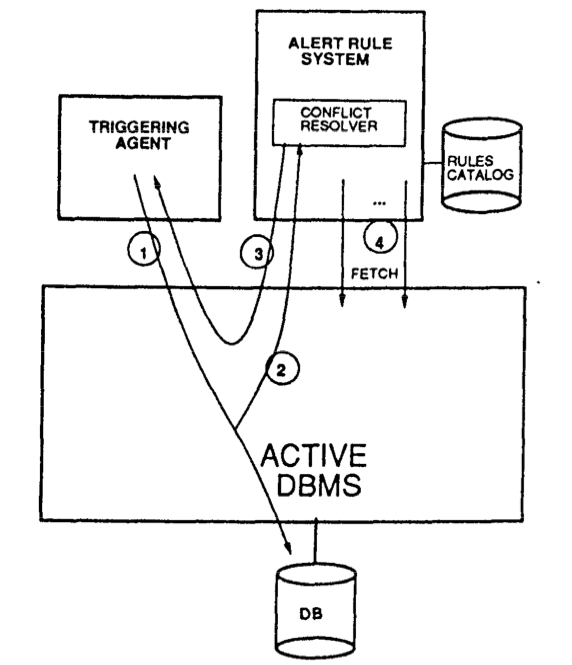 The alert rule system which is a new component added to extend a passive DBMS to make it active, does any conflict resolutions between multiple rules and identifies the order of execution. Then the rules are executed in the order to fetch the tuples and passed to the associated action in the rules. To reduce the amount of locks taken on data pages when data is read and rules are evaluated, latches are taken on the pages and locks are deferred to the end.